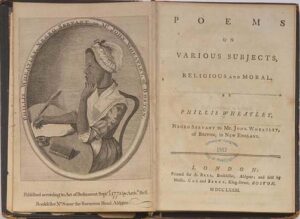 Accomplishments: She was taught to read and write by Mary Wheatley, daughter of her owners. It was uncommon at the time for slaves to get an education, but the Wheatleys were a progressive family. Phillis showed great curiosity for books and a gift for writing poetry which was encouraged by the family.

Her first published poem was at age 12, “On Messrs. Hussey and Coffin.”

Phillis Wheatley was the first African American to publish a book. In 1773 with the financial help of the countess of Huntingdon, Selina Hastings, Phillis published thirty nine poems in a book known as Poems on Various Subjects, Religious and Moral. The book was published in London as it was difficult to find the support of local publishers willing to publish a book by a slave. The book includes “On Being Brought from Africa to America”.

She was a supporter of American independence. 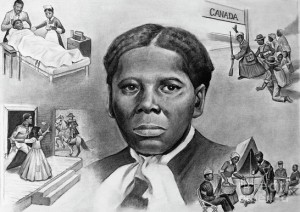 Background: Born Aramita Ross. When she turned 11 she changed her name to Harriet, after her mother, and when she married she adopted her husband’s last name. As a child she was constantly whipped and beaten and at age 12 she was seriously injured in the head by a white man because she refused to help him tie up a fugitive slave.  This injury gave her seizures and visionary dreams which she attributed as revelations from God. In 1849 she ran away.

Accomplishments: As a runaway slave she helped others escape slavery. She worked hard to earn money and help family and friends escape. Harriet Tubman was part of the Underground Railroad Conductors who led slaves to freedom in the northern states and Canada. She was known as “Moses”, in ten years she made 20 trips to the south and helped over 300 slaves attain their freedom “not losing a single passenger”.

During the Civil War Harriet Tubman worked as a nurse, soldier and spy.

She raised money to create schools for black children and lobbied for educational opportunities for freed slaves.

She converted her house into the Home for Aged and Indigent Colored People. 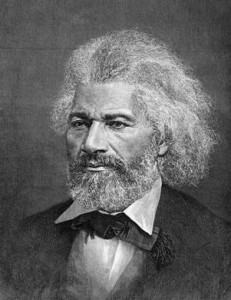 Background: Frederick Douglas was born Frederick Augustus Washington Bailey. Both his parents were slaves. He was raised by his grandmother until the age of six when he was sent to a plantation. At eight he was sent to live with Hugh and Sophia Auld. Sophia taught him how to read but she was later forbidden as it was unlawful to teach a slave how to read and write. He was curious and continued to read everything that crossed his way. As a teenager he bought The Columbian Orator, a book that changed his life. It taught him how words, written and spoken, can bring change.  At the age of twenty he escaped from slavery by dressing as a sailor. He went to Massachusetts.

Accomplishments: In his new home in New Bedford, Massachusetts Frederick Douglas became an abolitionist. He attended and organized abolitionist meetings and became a member of the Massachusetts Anti-Slavery Society. He was famous for his lectures and his oratory skills. In 1851 he published his own anti-slavery newspaper, the North Star. He was also a defender of equal opportunities for women.

During the Civil War he met three times with President Lincoln to advice him on the inclusion of black troops in the Union Army and to advocate for citizenship.

Douglass was an early advocate for civil rights and desegregation of schools, believing that education was the key to African American improvement. His eloquence always attracted crowds.

He served several political posts such as minister to the Dominican Republic and Haiti. He was appointed U.S. Marshal and became the first African American nominated for Vice President of the United States.

Back to Slavery in America Category

Back to Crispus Attucks Homepage